“In his Infinite Goodness, the Eternal Father has granted you the grace and opportunity to imitate his Divine Son in bringing back the stray sheep and in serving them in every spiritual need, by direction, teaching, retreats, radio, television and the printed word” – Letter from Mother Angelica to the Friars, 1991

Our primary apostolate as Franciscan Missionaries of the Eternal Word (MFVA, Latin for Missionarii Franciscani Verbi Aeterni) is to communicate the truth and beauty of the Catholic faith through word and example. In the current day, that means we are deeply immersed in using the media—from TV and radio to the Internet so as to call back the lost and strengthen the weak in faith.

We provide generously for the spiritual and sacramental needs of the Eternal Word Television Network, the Poor Clare nuns, and the Christian Faithful.

We were founded in 1987 in by Mother Angelica (founder of EWTN) and are a Public Clerical Association of the Faithful, located in Birmingham, Alabama. We also currently have a residence in Hanceville, Alabama near the Shrine of the Most Blessed Sacrament as well as Emmitsburg, Maryland, where our seminarians attend Mount St. Mary’s.

Fidelity to the Church

Like our Holy Father Saint Francis of Assisi, we are bound together by our submission to the Word of God and the Catholic Church. We show reverence and unconditional loyalty to our Holy Father, Pope Francis, the successor of Saint Peter the Apostle.

Want to learn more about what inspires us? Check out the Rule and Admonitions of St. Francis as well our community’s Constitution.

I. THE BODY OF CHRIST

1. The Lord Jesus says to his disciples: I am the way, the truth and the life; no one comes to the Father except through me. 2. If you had known me, you would also have known my Father and from now on you will know him and have seen him. 3. Philip says to him: Lord, show us the Father and it is enough for us. Jesus says to him: 4. Have I been with you for so long a time and you have not known me? Philip, whoever sees me, sees also my Father (Jn. 14:6-9).

The Franciscan Missionaries of the Eternal Word (MFVA) is a Public Clerical Association of the Faithful, located in the Roman Catholic Diocese of Birmingham in Alabama. They were founded in 1987 by Mother Angelica, who also founded the Eternal Word Television Network (EWTN) and the Shrine of the Most Blessed Sacrament.

The primary residence of the Friars is in Irondale, Alabama and is next door to EWTN. They also have residences in Emmitsburg, Maryland, where their Seminarians attend Mount Saint Mary’s Seminary, and in Hanceville, Alabama, near the Shrine of the Most Blessed Sacrament.

The Friars’ apostolate is to communicate the Catholic faith by word and example. It involves using the media: television, radio and the Internet, as well as publishing and conducting retreats… 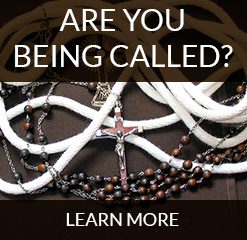 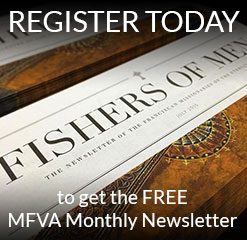 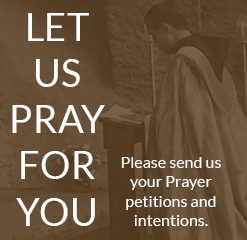