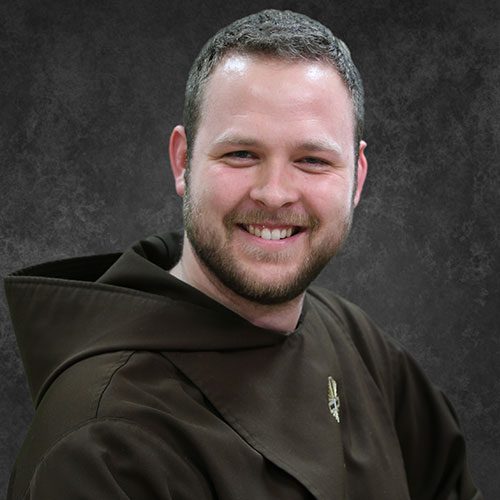 Born and raised in San Antonio, Texas, Br. John Therese Marie, MFVA is the youngest of three sons.  In high school he played on the football team and enjoyed playing the guitar.  Brother attended the University of San Antonio for one year and then transferred to Macon State College in Warner Robins, Georgia. In October 2011, he joined the Franciscan Missionaries of the Eternal Word.   He received the habit on August 2, 2012 and was given the name Br. John Therese Marie of the Eucharistic Heart of Jesus.  He made his first profession of vows on August 2, 2013 and his perpetual vows on August 12, 2017. He completed his studies in philosophy at our House of Studies and serves in several EWTN and friary duties. He also co-hosts “Life on the Rock.”